I often wonder why many schools and educational institutes still teach languages in classrooms, with instruction in English and lacking any level of inspiration. As the Owner and Director of Spanish Immersion Learning, I believe so fervently in an approach to Spanish education based upon Total Immersion Language Learning.

I have spent decades immersing myself in the magic of the Spanish Language, and believe fully and wholeheartedly in the Total Immersion method.

Bebé, talk is cheap. But Total Immersion Learning is backed by credible research.

Interested in having a discussion about the immersion learning methods applied here? Send us an email 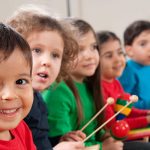