No Yo Hablo Español!

The Story of Spanish Immersion Learning

The founder of Spanish Immersion Learning passion for Spanish was sparked during her last years of college. Upon finishing her degree, she decided to stay abroad in Chile to fully immerse herself within the Chilean culture and language. She was able to gain a real education about the Chilean school system, which lead her to quickly realize that education had greatly evolved (for the better) outside American borders.

Our Founder marveled at how insular American education and learning techniques are, and therefore underscoring the importance of international travel and education, to educate oneself about the languages and people of the world.

Unfortunately, travelling internationally isn’t an option for many people, and the opportunity to immerse oneself locally in a second language is the ideal option. After years of studying and acquiring romance language fluency, for the founder of SIL and children, a few things became certain:

Feel free to contact Spanish Immersion Learning if you’d like to have a conversation about your soon to be love affair with Spanish. 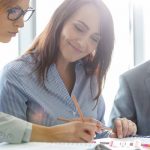 Spanish Fluency and Subsequent Affluence: The Benefits of Spanish in BusinessArticles